Ayoleyi Hanniel Solomon was born 6 December 1993. He’s known by his stage name Reekado Banks. He’s a  Nigerian singer and songwriter. He’s the last child of a music-loving family.  His father is a pastor from Ondo State and his mother is a caterer. His elder brother is a producer and his elder sister is a gospel singer.  He grew up in a disciplinarian setting due to both of his parents being pastors. He completed his secondary school at the age of 14 and started recording his first set of songs in 2008.  His elder brother produced all of his earlier songs and tutored him on the rudiments of singing, writing and producing.

He derived the stage name Reekado Banks by combining the meanings of the two names; the former part of his stage name translates to “strong ruler”, while the latter part loosely translates to “wealth”.  In 2014, Reekado Banks graduated from the University of Lagos with a degree in history and strategic study. He has cited Don Jazzy, 2face Idibia, DJ Jimmy Jatt, Olamide and M.I as his key musical inspirations.

He started singing at a tender age with the stage name “Spicy”. But after receiving a record deal contract with Don Jazzy to join the Mavin crew, he decided to change his name from “Spicy” to Reekado Banks. His record deal with Mavin Records came as a result of his brother submitting some of his songs to the label in an online talent search. He got signed to Mavin Records after his entries were selected from over 5000 entries. In an interview with the National Mirror, he said his brother submitted his songs and communicated with the label on his behalf without his initial consent. Reekado Banks also told the National Mirror he’s a versatile artist who makes music with the thought that humans are different and have different taste.

He’s premiered the single “Turn It Up” on 21 February 2014, which coincided with the day he signed with Mavin Records. The song features Tiwa Savage and was released as his first official single under Mavin Records. He was featured on the critically acclaimed song “Dorobucci”, alongside Don Jazzy, Korede Bello, Tiwa Savage, Di’Ja, Dr. SID and D’Prince. He also worked with some of the aforementioned artists to release three collaborative singles: “Adaobi”, “Arise” and “Looku Looku”. On 13 February 2015, he released the Don Jazzy-produced song “Katapot”. It was alleged to be a diss track towards D’banj and Wande Coal. In February 2015, Don Jazzy debunked the allegations in a series of tweets. 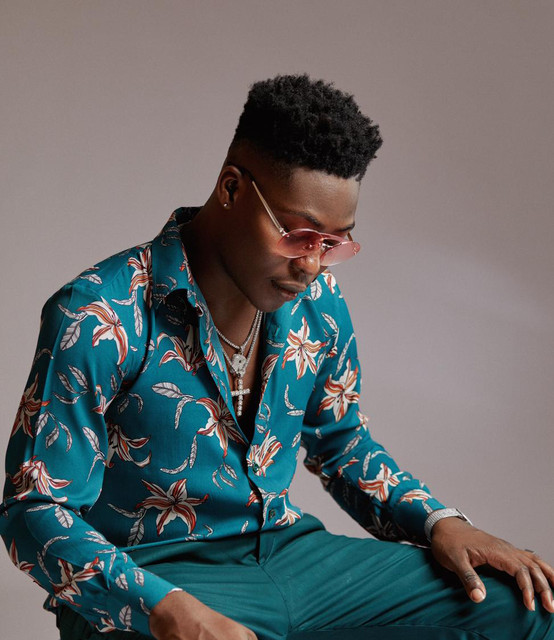 While speaking to Vanguard newspaper, Reekado Banks said he created “Katapot” for his fans. In July 2015, Nigerian telecommunications company Globacom signed Reekado Banks to an endorsement deal. On December 7, 2018, he announced his departure from Mavins Records after 5 years. He also announced the launch of his independent outfit Banks Music.  His debut studio album Spotlight was released on 1 September 2016; it debuted at number 10 on the Billboard World Albums chart.

Review: Reekado Banks – Rora
Be the first to comment!
Leave a reply »