Chibuzor Oji, he’s better known by his stage name Faze. He is a Nigerian musician and actor. He was born in 1977 in Festac Town, Lagos. He is the fourth of a large family of nine children. All family members are said to possess good singing vocals perfected by the long time spent singing praises during prayers. He made his first attempt to gain publicity when he won the 1994 DBN Karaoke contest. 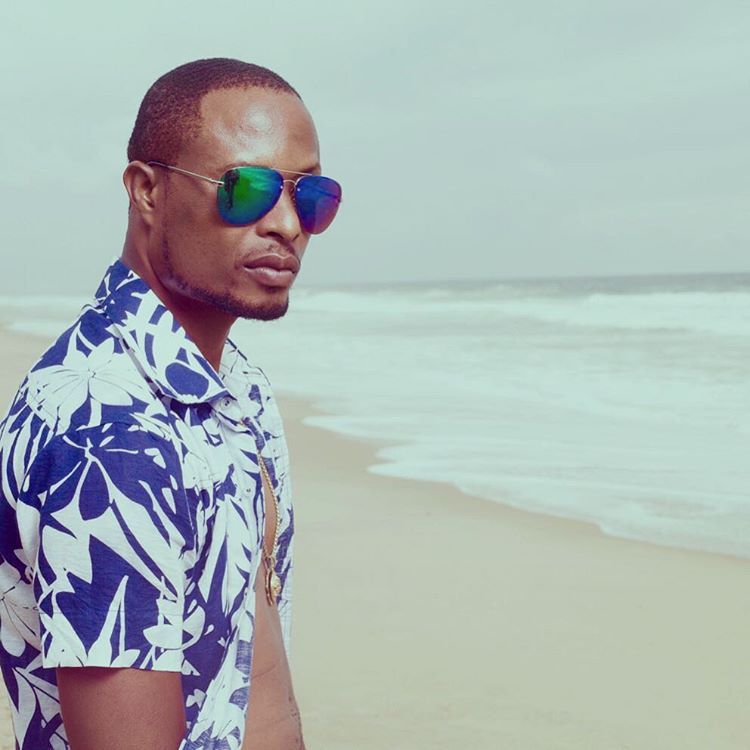 He performed as a rap musician under the name Lyrical Orge until he joined the Plantashun Boiz. He released his first solo effort titled “Faze Alone” in the last quarter of 2004. Hit songs “Faze Alone”, “Angel Gabriella”, “Miss U” and “Na True” reached top spots on various music charts. His brand of music called universal flavor – a fine blend of R&B, Reggae, Pop, Dancehall, Ragga and Soul, all with an African undertone was further popularized by the release of the album.In 2006 Faze released his sophomore album “Independent”. 2008 saw the release of the third studio album from Faze.

The lead single “Originality” doubled as the title of the album. Other hits off the album were “Am In Love” and “Spend My Money”. In 2012, Faze went further to work on and release a fourth album “REFAZED”. The lead single off the album “Am In The Mood” enjoyed high rotation across radio and TV stations. In 2013 he added 2 more single hits IFEOMA & LAMBO to his resume, the singer followed up the single releases with videos to each song simultaneously.

He has performed alongside foreign stars with international credibility like Beenie Man, Wyclef Jean, with whom he also recorded the song “Proud To Be African”, and also Akon. Faze through his music has supported globally acknowledged and respected business brands like Star on the annual Star Trek Event, Globacom on the National Globacom Campus Storm, Guinness on the Guinness Extra Smooth Discovery Shows, and Sprite on their talent grooming event for youths, Spriteball.

Upon joining Plantashun Boyz as a trio with BlackFace Naija and Tuface (2face Idibia), he changed his stage name to Faze. The band released two albums in the process: Body and Soul in 2000 and Sold Out in 2003. The period was marred by a developing beef about “Faze versus 2Face” in the band that led to the eventual break-up of the band in 2004. The band reunited in 2007 just for one more album Plan B’ managed by plantashun entertainment management which was formed by former 2face manager OWOYEMI AKINWALE NATHANIEL and his brother and manager IFEANYI OJI’.

In 2014 ending, INDEPENDENT ENTERTAINMENT partners with VALANCHY RECORDS under the new PLANTASHUN MANAGEMENT and they have been in the works. FAZE has come back at us with a bigger and better bang!!! Back to back!!! First was the release of the new single YOUR DAUGHTER, released just a couple of weeks ago on the 24th of August which have been enjoying crazy air play across the globe on all medium available then now the premier of the video directed by UNLIMITED L.A. he went further to release another single/song which is the follow up to the previous and shot the video in S.A. which featured the new hot sensational dancehall artist called PATORANKING and it is titled TONITE. The fourth coming album will be titled 2000Nfaze because the year 2015 is his year he says, because the first quarter of this year will witness the release of the ever so anticipated album of his titled 2000NFAZE.

After the split of the Plantashun Boyz in 2004, Faze signed to Solomon Arueya’s Westside Music Label of Lagos, Nigeria, to produce his first solo album titled Faze Alone. The album achieved platinum status with sales of 1.2 million units in its first month. The single “Faze Alone” did enormously well on Nigerian music charts, reaching number 1 on music charts of notable radio stations like Rhythm FM, Cool FM, and Ray Power FM. The singles “Miss U” and “Angel Gabriella” from the Faze Alone album were also well received. The album introduced Faze’s signature vocals including his ability to sing the highest note by a male in the Nigerian music industry. In 2006 he won the Hip-Hop World award for Best Vocalist. He releases his material through the record label he owns, Independent Entertainment.